LESSONS FROM A TEENAGE ABORTION ACCOMPLICE By Rhonda Stoppe 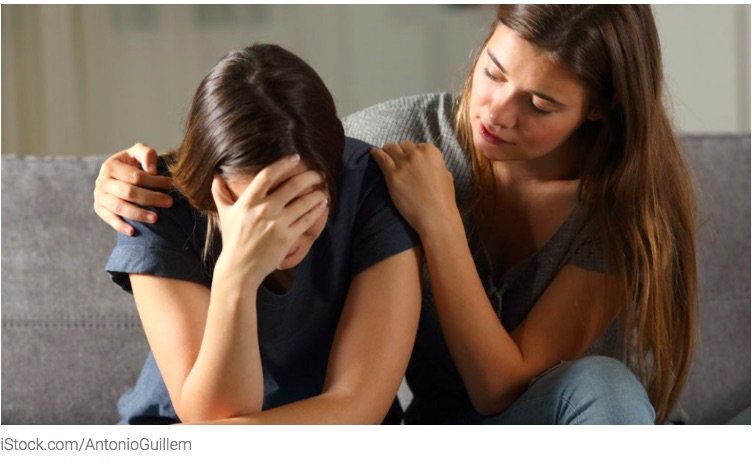 LESSONS FROM A TEENAGE ABORTION ACCOMPLICE By Rhonda Stoppe

Even now, nearly 40 years later, I still get sick when I remember what it felt like sitting in the waiting room while my friend had an abortion.

“Abortion made legal right up until birth.” 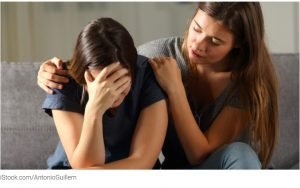 added to my burdened heart.The feeling reminds me of a day so many years ago.

Even now, nearly 40 years later, I get sick when I remember what it felt like sitting in the waiting room while my friend had an abortion. I’m ashamed to admit my role in making it easier for her to end her pregnancy.

Back then, shortly after abortion first became legal, it was rarely discussed in the church. I grew up going to church, yet I never remember anyone even mentioning the issue.

In fact, the first time I learned about abortion was when a Christian friend asked me to go with her to an abortion clinic. She and her boyfriend (also a Christian) had become sexually active and now she was pregnant.

“It just sort of happened one night in the back seat of his car,” she explained.

A Sense of Dread

Since both of them came from respected Christian homes, they were convinced that news of their pregnancy would ruin their parents’ reputations and bring shame upon themselves and their families.

Convinced that their only option was to protect their parents from this horrible experience and salvage their own reputations, the two looked to an agency that assured them an abortion only eliminates unwanted tissue – not a live baby.

As my friends explained their plight and showed me the convincing information they’d received from the clinic, I agreed to support them by going with them for the abortion.

As I sat with many others in the waiting room, I couldn’t help but sense a feeling of dread. I knew it was wrong to help them hide this from their parents. Yet there I was, sharing a waiting room with other accomplices to what was happening beyond those doors.

Afterward, my friend spent the night at my house because she was shaken, bleeding, weak and emotional. She was afraid that if she went home that night her mother would sense something was wrong. The next morning we agreed to never again speak of what happened.

The following Sunday in our church parking lot, I saw a young married couple whom I’d encountered at the abortion clinic. They’d terminated their pregnancy, they said, because they “weren’t ready to have kids.”

When the woman saw me her eyes fell to the ground. Her husband quickly escorted her away from me – the 16-year-old girl who knew their shameful secret. Again, I got that sick feeling in my stomach. I thought, What have we done?

That year, five of my Christian friends aborted their babies. Each believed they had no other “choice” because their unplanned pregnancy would devastate their parents – and upset their plans for the future.


I eventually came to realize that I’d been an accomplice in the termination of my friend’s baby. I’d spent years suppressing the memory until I was married and pregnant myself. As my own baby hiccupped, kicked and rolled in my womb, the reality of my child’s personhood overwhelmed me, as did the sorrow over the baby I’d helped my friend terminate.

The Bible tells us that God can use for good what others mean for evil, and my experience from the past is what fueled my passion to later teach young people about Christ-honoring romance, sexual purity and the many lies about abortion. Over the next 18 years, my youth pastor husband, Steve, and I spoke at youth events and traveled the country speaking to teens.

We shared the Gospel, challenged them to live in wholehearted devotion to Christ and explained how and why to walk in sexual purity – trusting God to write their love story.

When I later had coffee with one of those teens – a young woman who came home pregnant from Bible college – I told her, “I am so proud of you.”

She responded, “Proud? Why? Look at me.”

I said, “Because you easily could have snuck away and had an abortion and not mentioned it to your parents.”

She replied, “Oh, believe me that I wanted to. I even had an appointment for an abortion. But your voice kept rolling around in my head. The stuff you taught us as teens resonated, and I just couldn’t kill my baby. …”

One Person at a Time

When a woman has an abortion, she often believes that God could never love her. Teens who hide an abortion might believe they’d lose their parents’ love if they ever knew. We must teach them of God’s unconditional love for everyone, included those ashamed of an abortion.

If we’re not careful, hating abortion can easily be interpreted as hating the one who had the abortion. Jesus said, “Let him who is without sin be the first to throw a stone” (John 8:7). Ask the Lord to help you show His compassion for those who’ve aborted their babies, and to share with them the hope of the Gospel.

Preventing abortion isn’t likely going to happen through politics alone. Rather, it’ll happen by teaching one person at a time. You never know what God will do with the words you speak to the next generation!

Copyright © 2019 by Rhonda Stoppe Originally Appeared at Focus on the Family Used by permission. 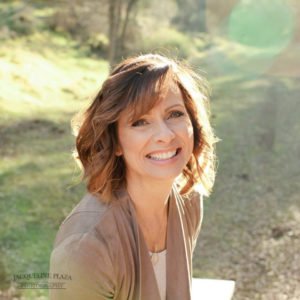 Rhonda Stoppe is dedicated to help women LIVE LIFE WITH NO REGRETS. Rhonda is the author of 6 books including: Moms Raising Sons to Be Men , and Real Life Romance Her newest book is The Marriage Mentor, is co-authored with her Pastor-husband, Steve Stoppe. (Harvest House Publishers) With over 30 years experience of helping women build a life with no regrets as a pastor’s wife, mentor, speaker, author, mom & grandmother. She’s a regular guest on Focus on the Family co-host of , and other popular Christian Radio broadcasts. Rhonda helps women to: Break free from regrets that hold them back Grow in wholehearted devotion to Christ Find victory over people-pleasing Have the marriage others only dream about Build a godly legacy to become more influential than they ever dreamed possible Rhonda is passionate to share the gospel and teach women the sound doctrine of scripture. Rhonda and Steve have been married 38 years and live out their own real life romance on their ranch in Northern California. To invite Rhonda to Speak at your women’s event, or to book the Stoppe’s No Regrets Marriage Conference please visit: www.NoRegretsWoman View: Promo Video & marriage videos [/author_info] [/author]

Rhonda Stoppe is an author and speaker dedicated to helping women live life with no regrets. Her wisdom and experience will help you:

• Discover significance in God and His specific purpose for your life.

• Influence the next generation by raising children with integrity.

• Leave a legacy of a life well-lived with no regrets! 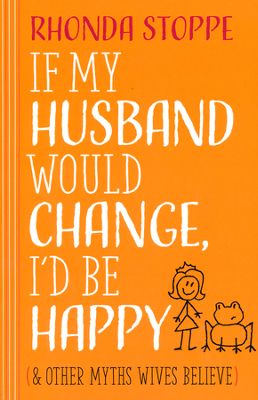